Where shopping is a delight! We offer something for everyone! 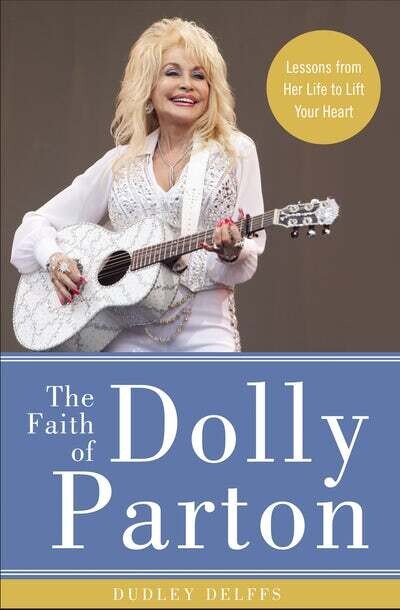 HC The Faith of Dolly Parton

Iconic superstar Dolly Parton has never been shy about the driving force behind her success. “A belief in God is essential,” she says. Revealing the heart behind this legend’s amazing achievements, The Faith of Dolly Parton spotlights the spiritual beliefs anchoring her life with stories and insights to inspire every fan.

Dolly Parton has entertained, educated, and inspired millions of fans for over five decades. Whether she’s writing songs, performing live, recording new albums, acting in or producing new movies and TV programs, expanding her wildly successful Dollywood amusement park, helping children around the world learn to read with her Imagination Library nonprofit, or donating millions of dollars to schools, charities, and people in need, the Queen of Country Music has never been shy about crediting her Christian faith for her success.

“A belief in God is essential,” Dolly shares. “You have to believe in something bigger than yourself. We grew up believing that through God all things are possible.” Growing up in the little mountain church where her grandfather preached, Dolly started singing hymns and playing guitar at services when she was only six. Consequently, she has never been shy about discussing her faith and relationship with God. “People say, ‘Well, I am surprised that you talk about your faith,’ and I say, ‘Why not? That’s who I am. That’s what keeps me going,’” she explains.

Tennessee native, Dolly fanboy, and award-winning writer Dudley Delffs now spotlights ten faith lessons as evidenced in Dolly’s life, music, interviews, and attitude. The Faith of Dolly Parton focuses on the ways Dolly’s life can inspire us all to be more authentic, to trust God during hard times, to stay grounded during the good times, and to always keep our sense of humor. Sometimes poignant, sometimes funny, frequently surprising, and always true to Dolly’s down-home spirit of joyful generosity, this book will delight her millions of fans as well as anyone seeking a fresh faith-filled role model.

Save this product for later
Display prices in: USD

What makes shopping with us so special?

We are a family owned boutique and carry everything from home décor and fabric to unique gifts, clothing and footwear. Since opening our doors in 2017, we take pride in all of our stores and all the products we sell. When you shop with us, you're getting hand-picked products that are high quality and unique to our store. Since we are a smaller shop, we really get to know our customers and develop relationships with them. Most importantly, when you shop at Linda Marie's you're supporting a local and small business. Every purchase helps the local economy!

We hope that we are your new favorite place to shop!

Come and see us. We would love to see your smiling face!